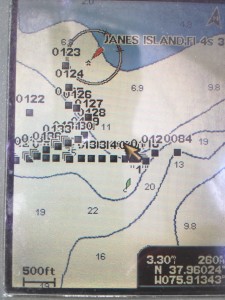 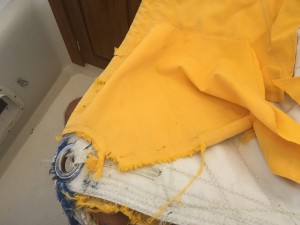 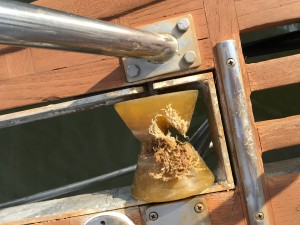 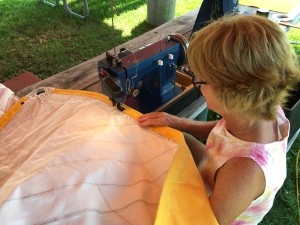 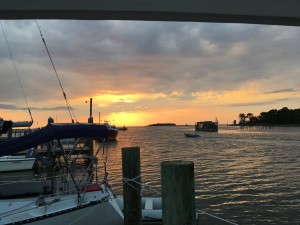 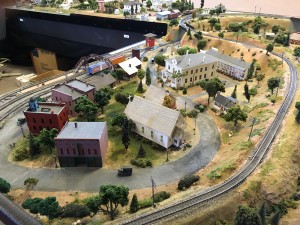 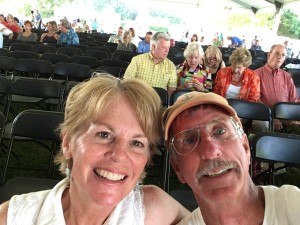 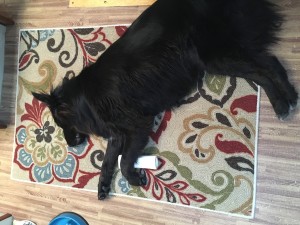 That was awesome…. What swell-told story… Exciting

It was a little too exciting there for awhile!

How is Ben doing?

Did I say “swell” story, or did you change it from well to swell? at any rate “swell” is a nice little pun

Tell him to get off his ass – I mean hip and get going! He’ll get old laying around too much…

You did say swell. I hadn’t heard that term in a long time!

Ben is probably doing more than he should. It’s been about 3 months.. Very strong man. That husband of mine….
So impressed with you and Shelly…pictures are great and I am enjoying the writings

Your storm experience reminded me of the movie “The Perfect Storm”, very scary! But, your split second reactions saved the day and likely your lives. A little adversity is good for us and builds our character but that respect you gained for mother nature is well founded! And I agree, the sunsets are so much prettier after weathering a storm!

Hi Chris! Thanks for the kind comments! Since we have t be in DC mid August we really do not have time to make it to New England and back comfortably… But they have had some massive tstorms here this year!