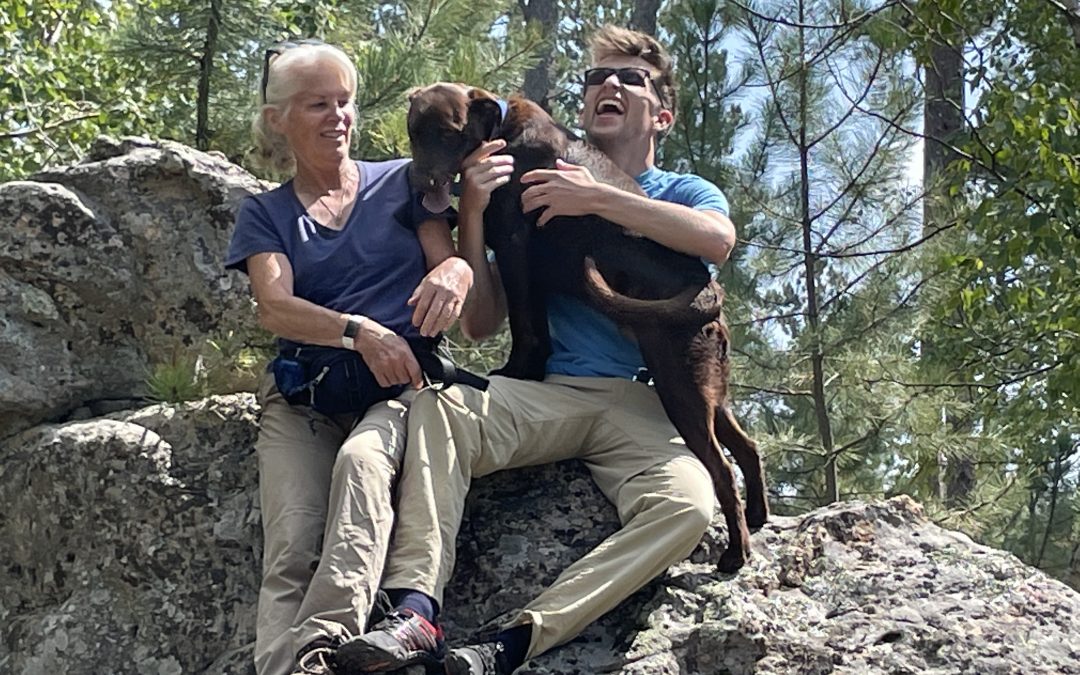 The things I get to do amaze me.

For the next three or four weeks I will be driving a semi tractor trailer hauling sugar beets, field corn and soybeans from the fields to various storage and collecting facilities.  For some (like me) the methods, processes and machinery to plant, grow, harvest and process beets to sugar, corn to ethanol, and soybeans to everything? is fascinating. I’ll spare you the details. 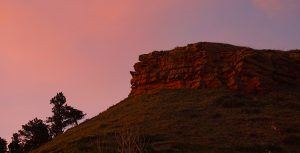 Since we left you last in Rapid City in June there have been a few more miles and a few more sights along the way.

One of the questions we have always been asked, whether on the boats or in RVs is “what is your favorite place?”. Our stock answer is “everywhere we go has its own special characteristics and there is no one place”. If there was, we might be tempted to stay!

We must admit though to a certain attraction to the Black Hills of South Dakota. I understand why the Dakota, Cheyenne, Sioux and other great Indian tribes fought so hard to keep their land.(It was certainly managed much better in those days!)

We stayed in an RV park just outside of Rapid City most of June while exploring from Custer State Park in the southern part through the mountains, Hill City, Mount Rushmore and Crazy Horse monuments, and up through the north to the old mining towns of Deadwood and Lead.

So much history combined with so much beauty and so many possibilities.

There is a 110 mile hiking trail from Custer State Park through the mountains all the way north past Sturgis. I called Ryan and Ian to say let’s do it!  Ian had to decline as he is 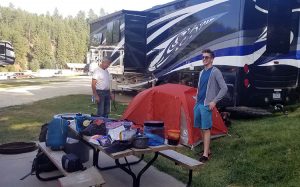 being transferred to the AFB in Tucson from Valdosta, but Ryan was enthusiastic. We planned for an early September start and 8-10 days to complete it.

With engagements looming in Michigan and North Carolina we headed east across South Dakota, Minnesota and then northeast towards Wisconsin and the upper peninsula of Michigan.

What a beautiful country! Long straight roads with vast vistas in every direction and nothing but prairies and planted fields. Many of the small towns on the two lane roads we travel on have the nicest city parks with a couple of camping spots.

We have thoroughly enjoyed these and have been surprised with Friday night high school football games, rodeos, old flour mills, lakes , paths and much more. 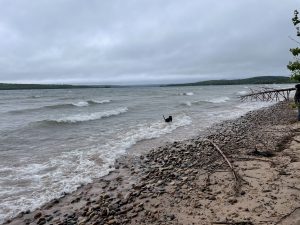 In a state park on Lake Superior on the northern shore of Michigan’s upper peninsula, on the longest day of the year (June 21) the temperature was 42, with winds to 25 mph. Mo loved surfing the cold waters of the lake!

We wandered down through cherry orchards and Lake Michigan shoreline drives to Muskegon to Ian and his new bride’s family home and celebration. Michiganders are good folks! 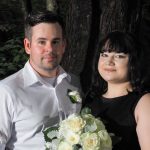 The Indiana State Fair people had called and wanted us back for the state fair to run their RV campground in August so we puttered our way to NC to spend time with Shelly’s Mom. The campground we ended up in was a gold and gem mining mini tourist place but absolutely beautiful in summer. Mo got to spend much time in the river for those two weeks!

July 23 – August 21 we were in Indianapolis IN in a big field under a walnut tree helping 350 RVs in and out of the parking spaces and popping over to the fairgrounds to watch the 450,000 or so visitors to the fair. (Few masks)

We did get to watch the one remaining Wilson brothers from the Beach Boys perform with a large band. The other major member of the band was the grown son of one of the other original members! It was memorable! 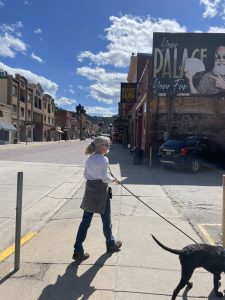 From Indianapolis, we turned back west through Illinois, Missouri, Nebraska and back into South Dakota to meet up with Ryan for a 100 miles 10 day hike. As an aside we have now traveled through every state except CA, OR, WA, AK, and HI.

Here is a bit of advice. Do not go hiking in the mountains with a 30 pound pack with a time deadline so you try to make 15 miles a day with no practice. It is very – how shall I say – challenging?

It kicked our butts. On the morning of the 3rd day we hiked 10 more miles by 1030am and were now looking up at the Needles and the mountains where Mt Rushmore is. Steep and rocky.

With very sore feet, very sore hips where the packs rode, sore knee joints and 90% chance for heavy rain I made the call to turn around and hike a mile back to a highway we had crossed and call Shelly to come get us. I can’t say Ryan was too upset!  I like to use the excuse that I was thinking of Shelly and wanted Ryan to spend some time with his Mom – but… 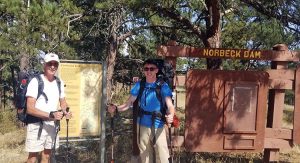 Next time we practice first. We both agree the 25 miles we did was awesome and we really want to do more.

After Ryan flew out to Atlanta, we had some decisions to make. We had been looking at property in the Black Hills but realized prices were so inflated that it would be insane to even look.

Then in my daily email showing people wanting temporary help from RVers, an ad for truck drivers for three weeks in Minnesota popped up.  So here we sit on a very pretty lake in a county campground waiting for sugar beet, field corn and soybean harvest to start!

Both of us think this is a very good place to sit and watch the world fall apart. When it does we will be more than willing to help put it back together again.

Don’t miss the video out tomorrow!